About the Duck River

Home » Rentals » About the Duck River

The Duck River is a beautiful river that is rich in history, wildlife, and folklore. It is just over 270 miles in length and meanders it way through Middle Tennessee. It is one of the longest rivers contained entirely within the Tennessee borders and showcases scenic pastoral lands, steep rock cliffs, and forested banks.

According to the Tennessee Department of Environment and Conservation (TDEC) the Duck River contains over 500 species of aquatic plants, fish and invertebrates. This includes over 60 species of mussels, 151 fish species, and 22 aquatic snail species. The Duck River holds more species of fish than all of Europe. Many anglers enjoy catching smallmouth bass, spotted bass, rock bass, and many other fish on the Duck River.

Freshwater Mussels in the Duck River

Among the rare species living in the Duck River are freshwater mussels such as the birdwing pearly mussel and the Tennessee club shell. In addition, the river harbors a number of larger mammals, reptiles, and birds, including river otters, beavers, mink, hawks, osprey, and herons. Freshwater mussels have disappeared across much of the United States, but the Duck River is one of a handful of rivers in Tennessee where they have survived and are still thriving. Because mussels are sensitive to pollution, their presence is a reliable indicator of water quality – for humans.

In 2001, a 37-mile stretch of the Duck River was designated a State Scenic River because of its scenic, ecological, cultural, and historical value. This section begins near the Maury and Marshall County lines and ends at Iron Bridge Road.

This is the section that Higher Pursuits features on our rental routes and guided trips. One of the unique aspects of this section of river is that it passes through 12,800 acres of land owned by the State of Tennessee. This 12,800 acres has been designated as the Yanahli Wildlife Management Area (WMA) and is managed by the Tennessee Wildlife Resource Agency.

The Duck River is a Class 1 River for recreational boaters. This means that the river has moving water with a few riffles and small waves with few or no obstructions.

Maury County has nine public access points to the Duck River, giving the people of Maury County amazing access to this wonderful river. There is a dam in downtown Columbia, so you cannot paddle from the Iron Bridge access point to the Riverside TWRA access point in the downtown.

The Yanahli Wildlife Management Area along the Duck River

The Tennessee Wildlife Resource Agency (TWRA), Region 2 manager manages the Yanahli WMA. In 2017, the region manager of TWRA discontinued camping along the river and will no longer grant permission to camp on the two sections we operate. Permission to camp on private property can only be obtained from the landowner. Here is the contact information for Region 2 of the TWRA – Contact TWRA.

Additional information about the Duck River:

Most major rivers in Tennessee and throughout the US have river gauges operated by the US Geological Service (USGS). Each gauge measures the cubic feet per second (CFS) and gauge height along the river. This shows at any given time the rate of flow and height of the water at that gauge. The tricky part is knowing what that gauge means for that section of the river (is it flooded or is it good for paddling).

On our section of the river, we look for the gauge to read below 8 feet in height. We also take into account what is happening upstream, the weather forecast and potential changes in the flow of the river in order to make a decision whether to open for rentals or end rentals early. Although the gauge may read below 8 feet, if the river is rising upstream and will affect our section that day we might decide to close because of the influence of the upstream rise. 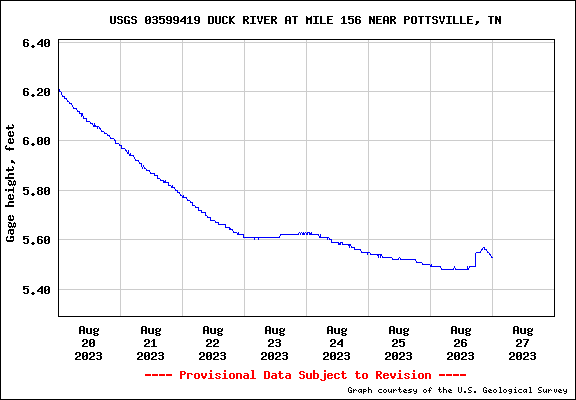 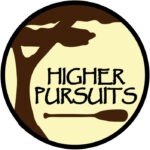 Mon through Fri Drop Offs: 9 am to Noon
Last Pick up: 5 pm

Weekend Drop offs: 8 am to Noon
Last Pick Up: 6 pm